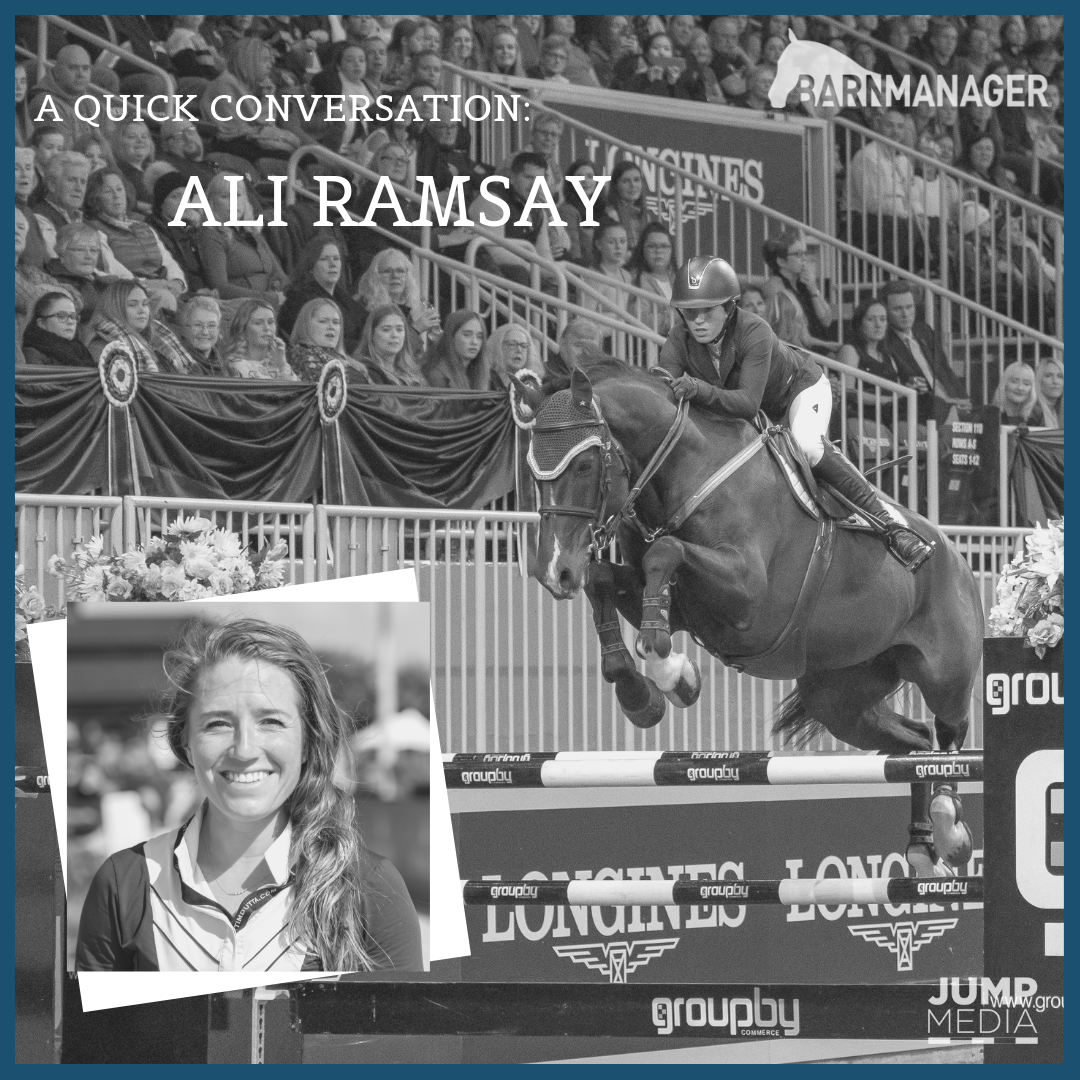 Throughout the year, the BarnManager team is sitting down with accomplished riders from across equestrian disciplines to learn more about how they got their start, their typical days, their biggest advice, and more!

At 27 years old, Ali Ramsay is one of Canada’s biggest rising stars to watch.

As a junior, she topped the CET Medal (Canada’s most notable equitation honor; think of it like the Canadian Maclay Finals!), and since then, she’s been a force in the show jumping ring!

Ali made her Nations’ Cup debut in 2006 riding Hermelien vd Hooghoeve, the same mount she went on to ride to numerous Fédération Equestre Internationale (FEI) wins.

After recently selling Hermelien vd Hooghoeve to Jennifer Gates’ Evergate Stables, Ali is concentrating on the development of her horses Casino, Lutz, and Bonita vh Keizershof Z at the international level.

When we caught up with her, she had just won back-to-back CSI3* classes at the CSI3* Ottawa International II in Ottawa, ON! 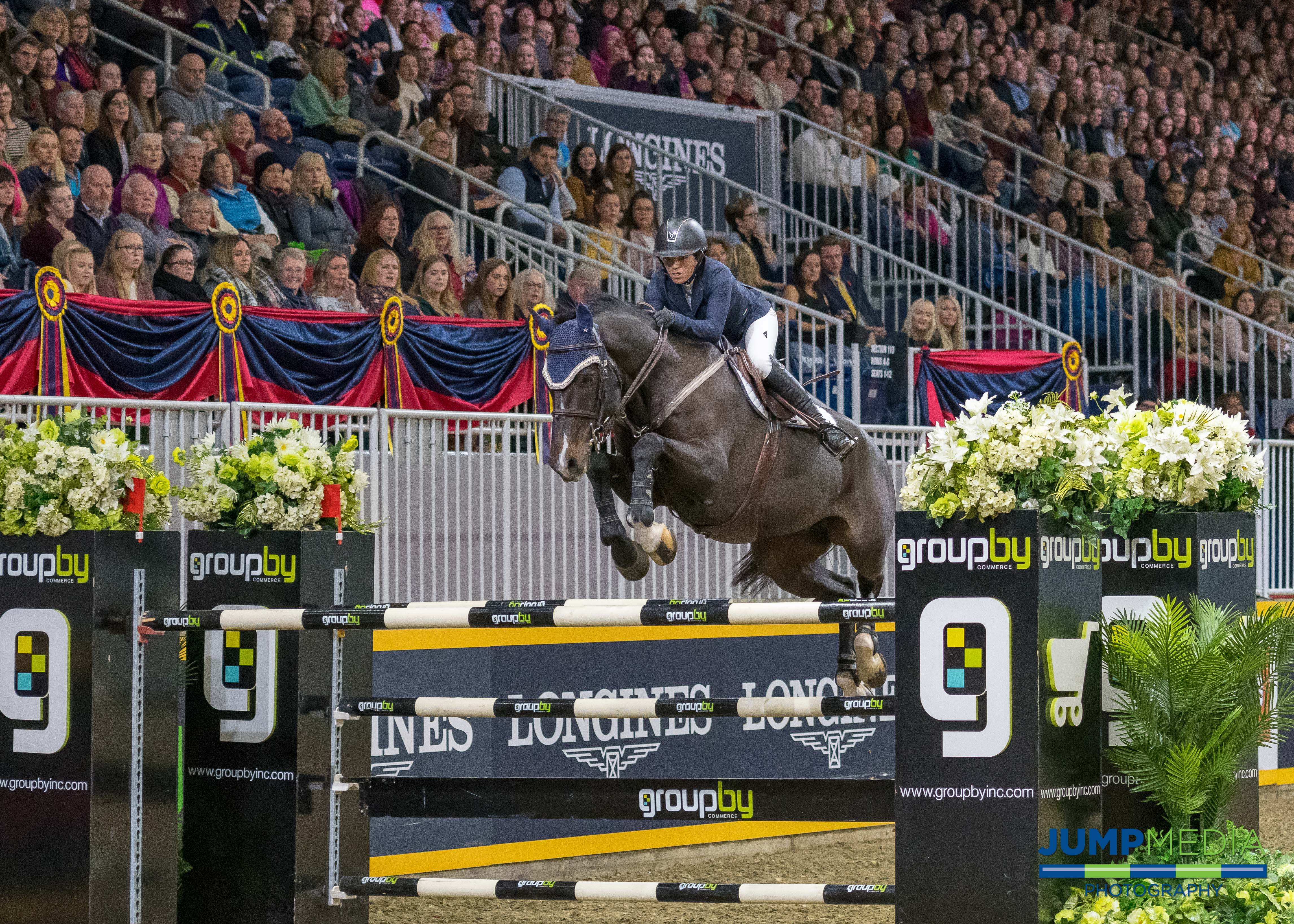 Ali Ramsay and Casino at the Royal Horse Show in Toronto, ON. Photo by Jump Media

Q: What was the first horse or pony that got you started?

The first pony that I ever rode was named Buttons. I used to fall off her all the time because she would put her head down to eat grass, and I would just fall over the front!

She was probably 11 hands tall. My first pony that I ever owned was Spencer. We did the pony hunters in Victoria, BC.  I used to also fall off of him all the time too! 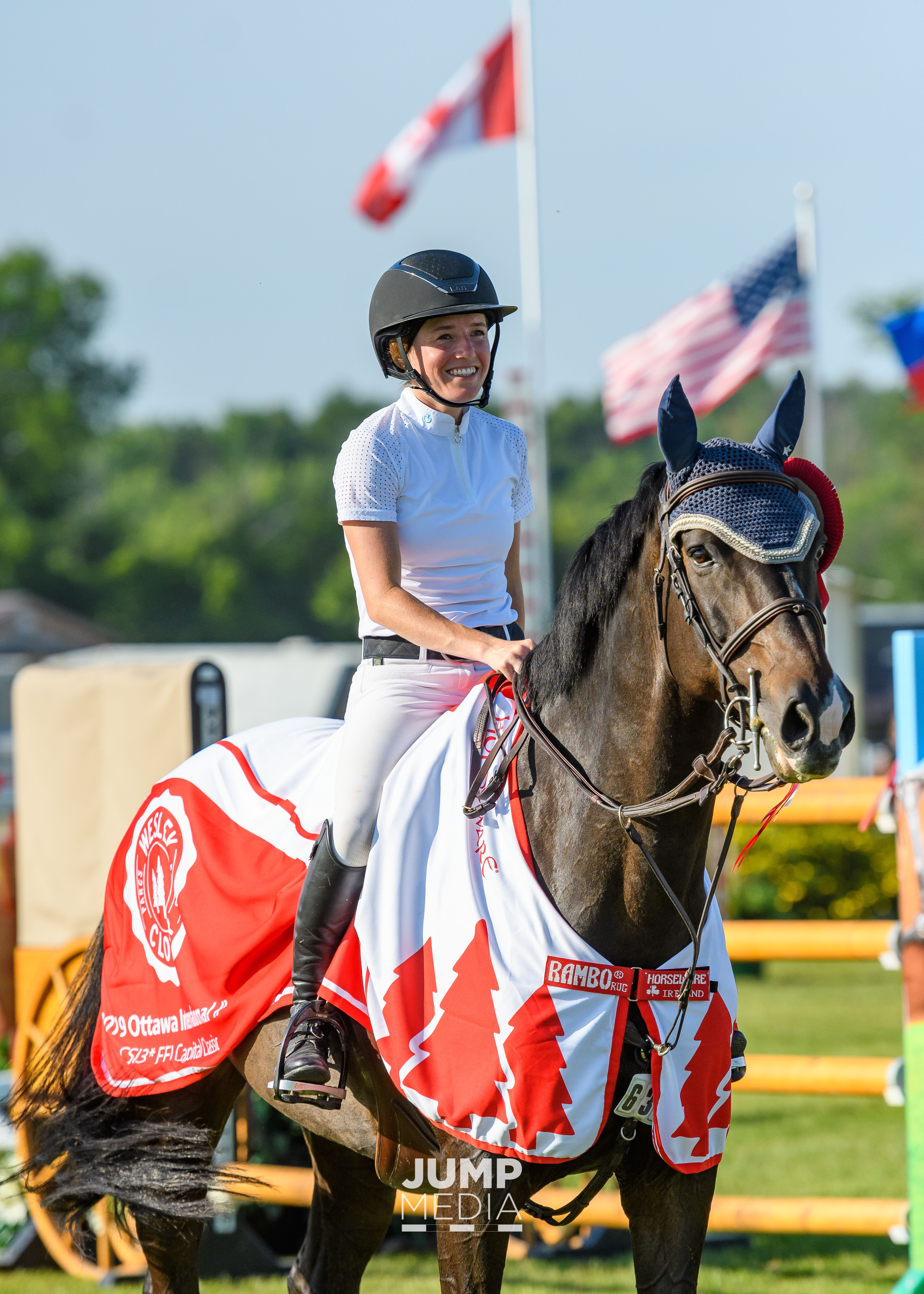 Then also, my first FEI win was pretty cool too. It was at Caledon with my horse Hermelien vd Hooghoeve. Everything with that mare was special.

Everything kind of changed in the last couple months after selling Hermelien vd Hooghoeve [to Jennifer Gates]. I’ve actually got a really cool group of horses coming up, we’re just not on that same level together. My big goal is to get solid and try to jump some bigger shows and keep up the consistency that I had – not just be a one-horse rider – and be able to be successful with all of them!

Q: On a typical day at home, what’s your schedule?

Again, something else that’s changed. I’ve just started my own business [Ali Ramsay Equestrian] so I’m on my own right now with only my horses. I’m helping other clients here and there, but lately it’s been my three horses. It’s just me and my girl, Megan, who helps me, so between the two of us, we get the chores and everything done. It’s pretty relaxed right now. We’re kind of working on building the business up. I think it’s the calm before the storm right now, and I’m just focused on enjoying my own horses.

Q: What’s one piece of advice you would give to young, up-and-coming riders?

I would say be confident and work hard. I see so many people doubting themselves – in the ring and out of the ring. You see somebody go in when they’re nervous, when they don’t believe in themselves and that’s when they make mistakes. If you feel confident and believe that you can do it, and you work hard to do it, I think the success will be there for you.