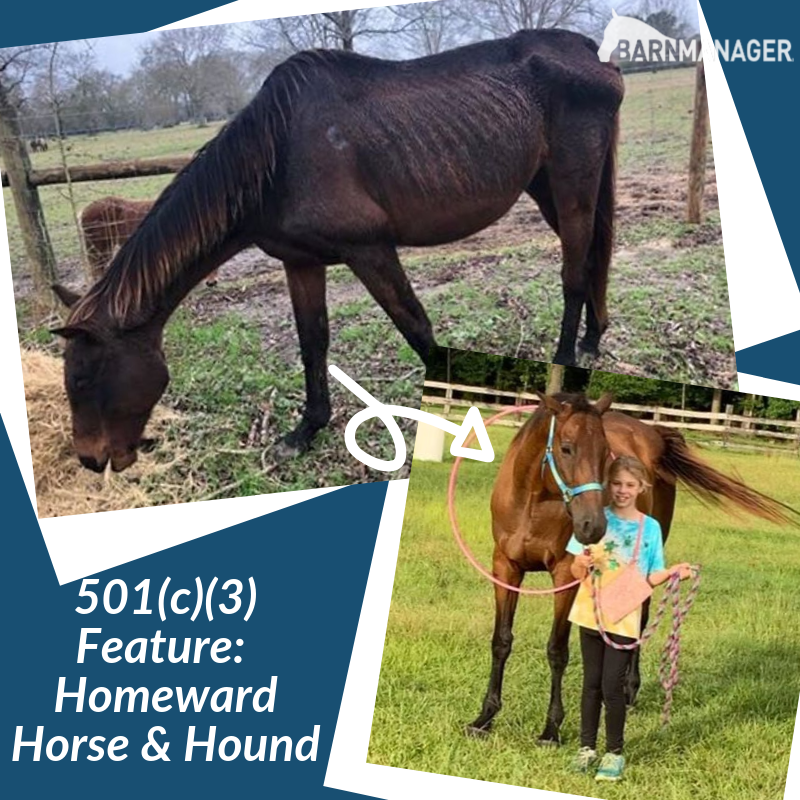 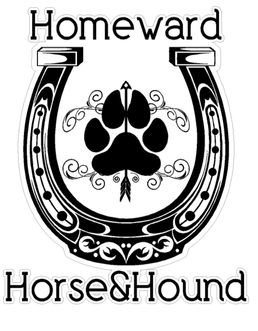 Miranda Swilley was rehabilitating a rescued hound dog named Sadie when she came to the realization that there was no hound-specific rescue in her home state of Mississippi. Recognizing this, Swilley began advocating for and taking in abandoned or neglected hounds.

In 2015, Swilley took in two horses from a 17-horse neglect case being handled by another rescue. It was at the seizure of those horses that Swilley also met the now-vice president of Homeward Horse & Hound, Angel Weldy.

“We kept in contact, and as time went on our concerns grew that there would be a need for another rescue able to take horses in our area,” said Swilley, who soon founded Homeward Horse & Hound. “We established our 501(c)(3) in 2015, and in 2016 the other rescue dissolved. The calls have been coming in ever since.”

“We knew when we started that we wanted to help our local law enforcement,” continued Swilley. “Mississippi has pretty poor animal laws, so our hope was that if we were there to give law enforcement an assist, fewer neglect cases would fall through the cracks.”

The majority of the horses rescued by Homeward Horse & Hound come from law enforcement calls, with a few also coming because of owner surrenders due to mental illness, age, or other circumstances. 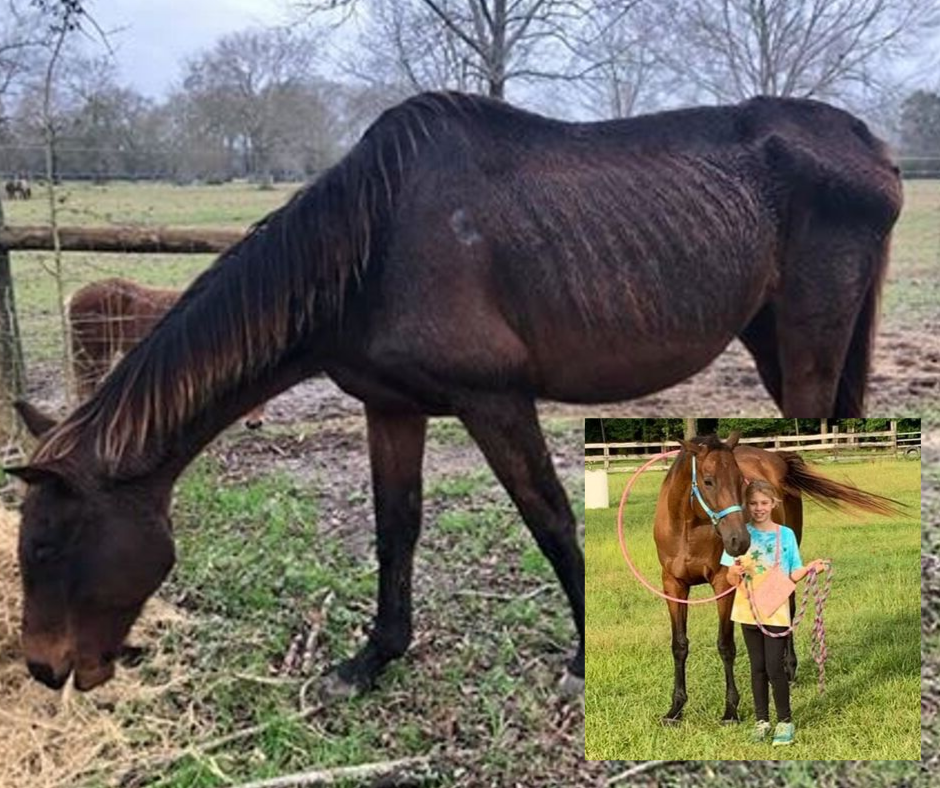 “It’s made adoptions a little more challenging since we never know what we will get or when, only that they will be in bad shape,” explained Swilley. “We also get the occasional goat from the city or an abandoned pot belly pig, even chickens and ducks sometimes! We still rescue hounds, but there has been such a need for the horses, that has become our primary focus.”

With horses as the organization’s focus, the team was looking for an app or software that would help them to stay organized and share information with others within the group, which is when Swilley came across BarnManager.

“The ability to access and input records without having to hand each other paperwork physically has been a blessing,” said Swilley of BarnManager. “I am horrible at forgetting things. Recently a horse of ours, Pedro, was adopted, and the trainer needed a copy of his Coggins paperwork. I had forgotten to take it to my partner’s house the night before, but she was able to access it through BarnManager.”

“Sometimes we lack the pizazz and following you see on bigger rescue pages, but one of the things I love about us being small is that you can really follow along with the horses in our care from the point of intake to adoption,” concluded Swilley. “For us, their stories are what’s important!”