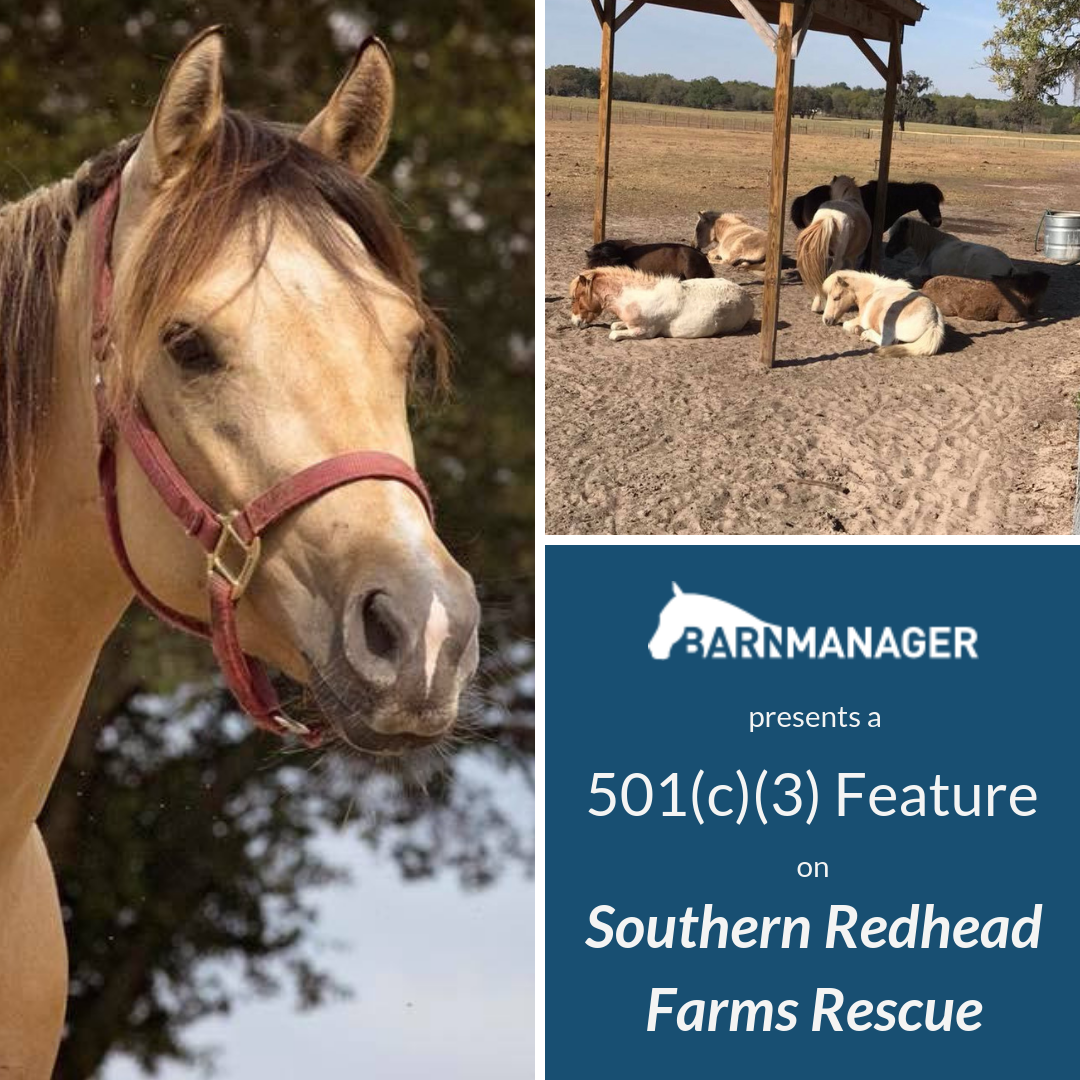 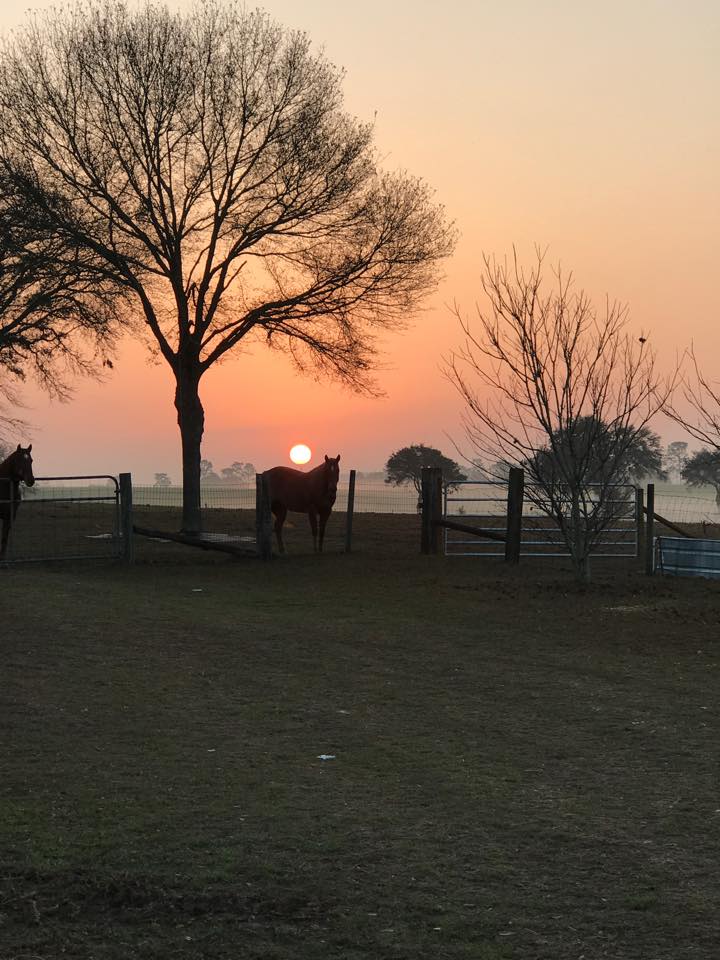 Dr. Susan Spivey had just graduated from the London School of Economics when she received a call from a friend, congratulating her on completing her dissertation and asking her a question – a question that would ultimately end up changing the course of Spivey’s life over the last two years.


“She said, ‘Have you ever heard of these things called kill pens?’” explained Spivey, who, in addition to her degree from the London School of Economics, has a master’s degree in Pharmacoeconomics from the University of Florida. “I said, ‘No I have not.’ She said, ‘You just need to go on this website and look. Just be prepared because your heart will break.’”


By that very same evening in September 2016, Spivey had rescued her first two horses, and that week, Brego and Arwen arrived at Spivey and her husband, Pat O’Neal’s Southern Redhead Farms in Bronson, FL.


“We had bought a farm, literally only about nine months previous,” explained Spivey, who grew up on a cattle ranch and whose goal had been to raise a few cows on the property. “I’d said, ‘I’d love to have cows and chickens.’ There has been a little bit of a digression from that as you can see.”


While her dad had had a few horses on their family ranch, Spivey had never intended to have a horse of her own, let alone two horses – which would soon turn into three horses, and then five horses…


“We had Brego and Arwen, and then this little colt popped up on my Facebook feed; he looked absolutely just terrified,” said Spivey, who next rescued that colt, Phoenix, and then George and Gracie, a wagon-pulling team destined to be killed as George had broken his leg.


As Spivey realized the ongoing need for rescue of these horses, the Southern Redhead Farms Rescue was officially born, with the name sharing that of Spivey’s farm and honoring Spivey’s mother, a redhead from South Carolina who lost her battle with cancer.


“We just started growing from there,” said Spivey. “The sheriff’s office started calling, so I’ve partnered with the local livestock deputies and have helped in a couple of horse seizures – or rather I call it rescuing horses who had fallen on hard times, of no fault of their own.” 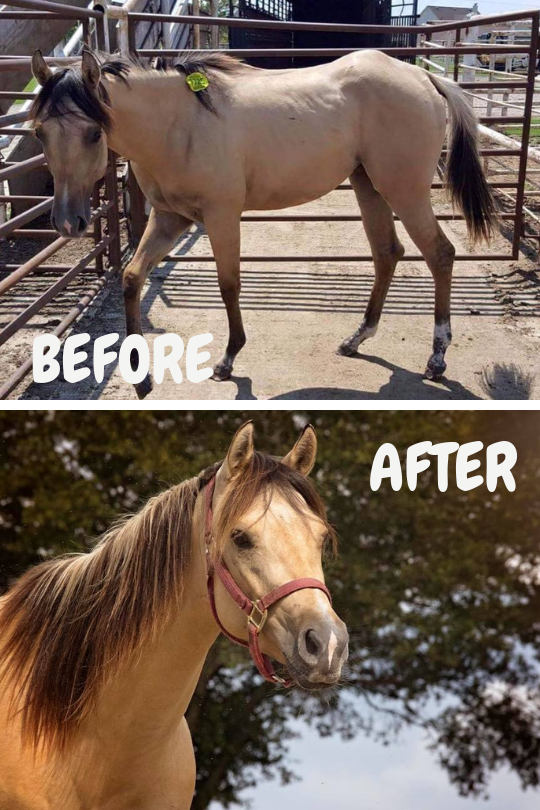 Since its inception two years ago, Southern Redhead Farms Rescue’s mission has remained saving abused, abandoned, and neglected horses, rehabbing them, and then finding them new, safe forever homes. Today, it’s grown exponentially and is currently home to 37 equines, ranging from Quarter Horses and Thoroughbreds to miniature horses and donkeys.


With so many horses to love, care for, rehabilitate, and adopt out, Spivey has turned to BarnManager as a resource to keep track of all the horses’ paperwork and records.


“We would leave notes for each other; if somebody was on antibiotics or we were going to increase the feed for somebody, we’d put that in the notebook, and we’d date it,” explained Spivey, who also continues to work full-time as an associate director of medical sciences for a biotechnological and pharmaceutical company.


“Now BarnManager helps us with that. It’s a place for me to stockpile those notes on each particular horse,” continued Spivey. “It also helps in our adoption process, because now I’ve got all of those records together for the horse. So when they’re adopted out, I can say, ‘This is the last farrier appointment. This is the last time they received their shots. There’s the date of the coggins.’


“All of that information is together, instead of me having to run around and find loose pieces of paper. Now they can get a continuous record of what’s happened to that horse from the day they step foot on this rescue until the day they were adopted out to go to their new home. Then I can keep a copy of that record as well, along with a picture.” 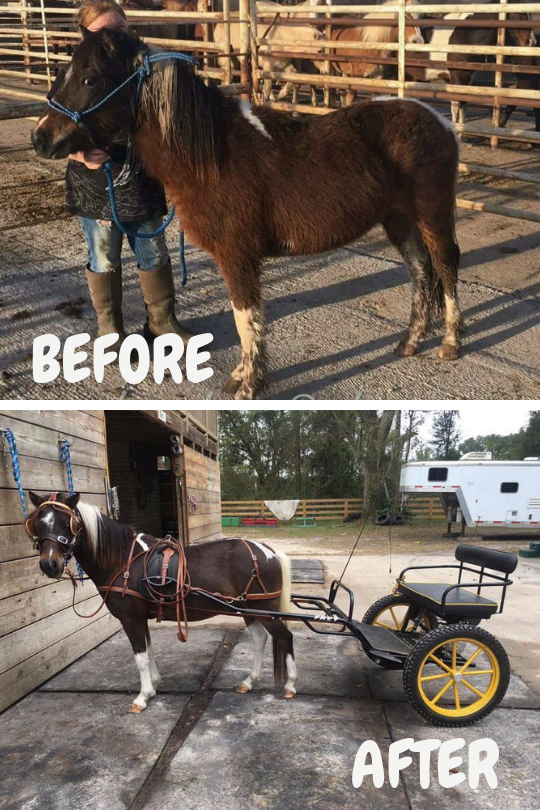 In addition to the benefit of BarnManager for streamlined organization and paperwork, the rescue has significantly benefited from the support of a knowledgeable and well-rounded board of directors.


“I’ve got a board of directors that is just awesome,” said Spivey. “One woman, Karen Putnam, just came to our board, and she has really helped me immensely. I didn’t have a lot of contacts within the horse industry, and she does have that. So, it’s been a Godsend since the day that she showed up here at this rescue to look at a mini!


“Some of the people that have been on our board are much better at marketing than I am, so I allow them to kind of run with that area,” continued Spivey. “I have somebody on the board who works at the University of Florida as a grant writer, so she helps us facilitate grants. I’ve surrounded myself with people who have a love of horses and also help us keep this rescue afloat.”


Through the efforts and the effort of her husband, the board of directors, and the staff that helps care for the horses, Spivey hopes to place more horses into loving, adoptive families and garner additional support to cover the expenses of rehabilitating and caring for the animals during their time at the rescue.


“I do work full-time and part of that is to be able to put feed in these horses’ mouths,” said Spivey. “I’ll be honest and say that I probably fund 60 to 70 percent of the day-to-day expenses of running this rescue. I would like to eventually flip that and say that I’m only funding about 30 percent of the rescue, and 70 percent we have coming from donations and fundraising. Eventually!


“This was not a path that I sought out, and it’s not a path that I ever really thought that I would be on,” concluded Spivey. “But I don’t regret that I’m on it. There are moments where you’re like ‘This is too much!’ Then I can go out and look at some of these faces. My husband usually says, ‘If you hadn’t done this, these horses would be dead.’ Then it kind of puts my perspective back where it needs to be. When you see start to see those horses trust people again, it is just an awesome feeling.”