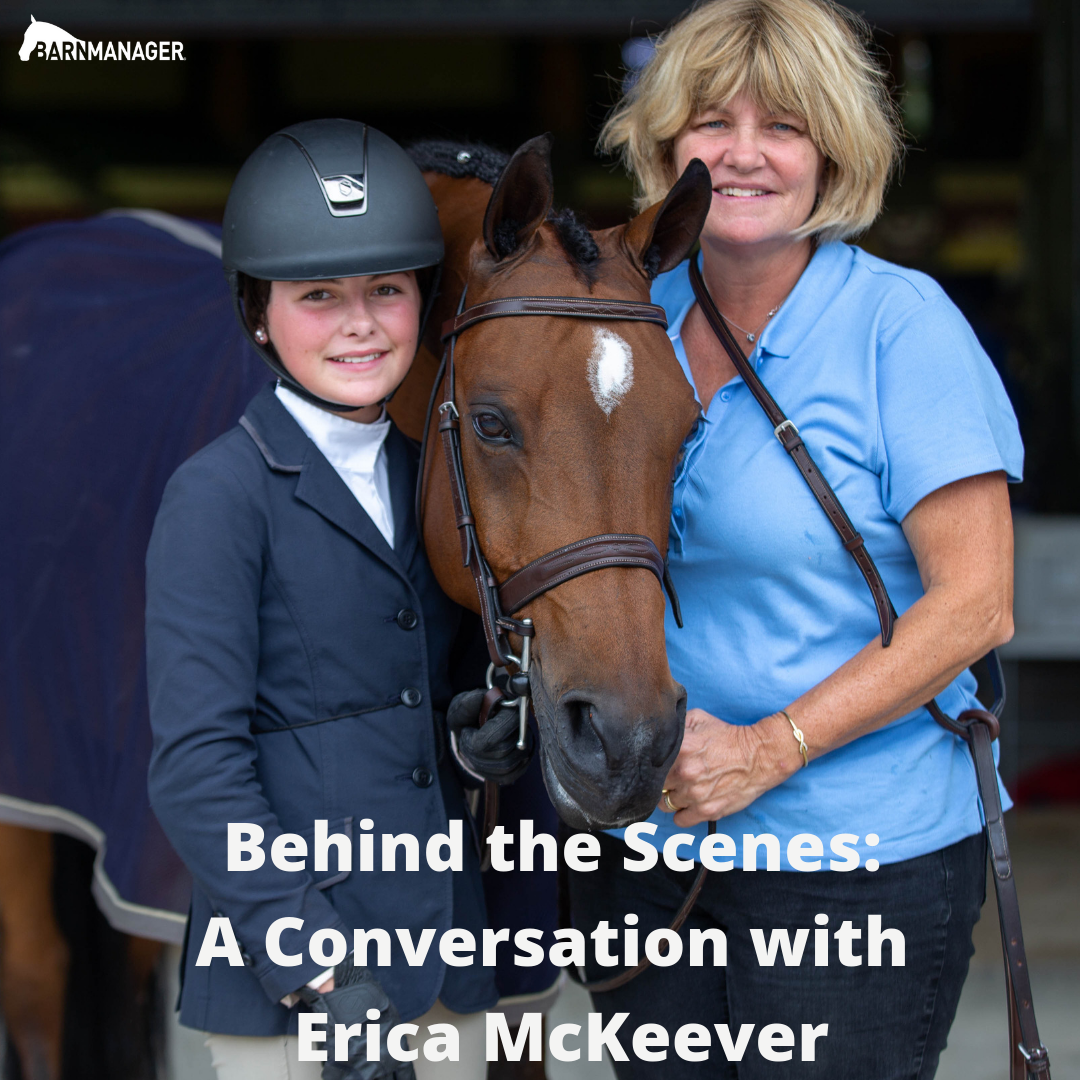 Managing for McLain Ward: An Interview with Erica McKeever

On September 21, spectators and show jumping fans from around the globe watched as McLain Ward and Clinta delivered an incredible jump-off performance to anchor the U.S. team and clinch the USA’s first World Equestrian Games (WEG) team gold medal.

What most spectators did not see however, was Lee McKeever outside of the ring, overseeing every last detail of Clinta’s care or McKeever’s wife, Erica McKeever, coordinating all of the logistics involved with Ward and Clinta’s WEG appearance and managing the 30 additional horses back home at Castle Hill Farm in Brewster, NY.

Behind every great rider is an equally great barn and horse management team, and while they might not be the ones atop the podium, for the last 30 years, Erica and Lee McKeever have been an essential part of that team at Castle Hill.

With more than three decades spent overseeing horses at one of the top show jumping barns in the country, there are few with more ongoing, high-level barn management experience than the McKeevers, so we asked Erica to share more about her own management career!

Q: How did you get started at Castle Hill?

I first met Barney Ward that night. It just seemed like a really fun place. Everyone was hanging out together, and he called everybody his family several times while we were there. I felt like, “Whoa what a really neat place that is to work.”

Then I guess he must have called Brigette shortly after and said that he was looking for someone who could manage the show horses and go on the road with him. She asked me if I thought it was something that I was interested in doing. I said, “Oh I don’t think I could.” I had experience but not being in sole control of the horses. She said, “Well I think you could do it.” I did a trial, and we kind of hit it off right from the go. He was awesome. He taught me so much about horses and horsemanship. It was really special. I figured it out, and I never looked back.

I went on the road with him for a lot of years. McLain and Lee kind of went their way, and we went our way. I pretty much ran the show side of this barn. He had his managers at home, and that’s kind of how it started.

I took care of Sapphire when we first got her. I’d just had Bradlee, so I tried to go on the road and still be a mom, and it actually was about virtually impossible. We had a fabulous babysitter who was with us from when Bradlee was six months old, so I tried to still go on the road and keep the same role, but it was really hard. I couldn’t do it.

Then I started to stay at home and run that side of it. Instead of having a bookkeeper or a secretary, I did it myself. I still tried to occasionally go with Sapphire. I still traveled to Florida, and I still tried to do the barn as well because that’s really important to me. That’s what I love to do. Then I had my second child, and it became very difficult to do it all. So, I stayed home, and I run things at home. It’s great because now there are so many horse shows, you constantly have horses getting ready for the next event, which makes it really exciting at home too.

Q: What’s a typical day like at home now?

I like to be home until my kids leave for school on the bus, and then I go to the barn. I usually do a couple of hours in the office. We do a plan for the day of what horses are going to be doing–who’s riding which horse, who needs clipping, who needs the vet. We plan all that early in the morning.

The key to this is to surround yourself with great people, and then it’s easy. If you have good people in the barn that you trust and are good at what they do, it makes our jobs really easy too. You have to find good people that really want to do this and love the animals.

Q: What do you think it takes to be a good barn manager?

I think you have to be responsible. You can’t leave it for someone else to do. You have to do it. I think managing is the perfect word – you have to pretty much manage everything from the help to the horses to the farrier. It’s a huge role, and it’s a huge responsibility. I love it because I like to be in control a little bit.

Organization is important. We have a plan in place because McLain’s a huge planner. The horses are planned where they’re going now through week 12 of Florida.

Again, I think the most important thing is that you have good people around you that care as much as we do, and they do this not for a job but because it’s what they love. We try to encourage the people to be a huge part of each and every horse. They all ride; they all take care of them. When McLain wins, we all win. Everybody contributes to that.

Q: What are the challenges of the job? 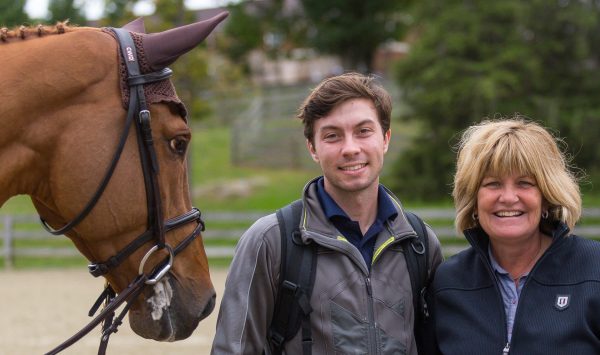 It can be a little stressful; sometimes it’s a little overwhelming because there’s always something going on,

Now my daughter shows. She does the ponies. That’s become stressful in itself! I feel like I’m managing a whole other operation; I don’t know what’s going to happen when she’s doing the equitation! I just spent some time at the [ASPCA Maclay] Regionals last week, and that looks more stressful than ever. We just did the world championships, and that didn’t seem as stressful as some of those kids!

Q: What’s your favorite thing about working for Castle Hill?

The family aspect. To be appreciated by McLain as much as he does. It’s so special the way he involves our children in the whole thing – his father was the same. It was always about family. McLain’s really, really kept up with that. I would think he would make his dad very proud with how he is. I think giving the appreciation to the people around him, that’s huge for everybody. Not just for me, but for my husband, and Virginie [Casterman] who took care of Clinta at WEG. That’s so important to be appreciated.